Zoological Collection at the Department of Zoology provides a unique insight on the entire animal kingdom. It was established in 1874 as a part of newly founded University of Zagreb. At the time Department of Zoology was housed at the Faculty of Philosophy which used the resources of the National Museum in Zagreb (nowadays Croatian Natural History Museum). The Collection was highly supported by Spiridion Brusina (1945-1908), the first Professor of Zoology in Croatia, to serve as a teaching collection at the University. After the II world war, in 1950, the premises, inventory, collections, libraries and personnel of the Department of Zoology separated from the Museum and became a part of Biology Division at Faculty of Science. In 1964 the Department with the collection moved to the building at Rooseveltov trg 6, where it is still located. 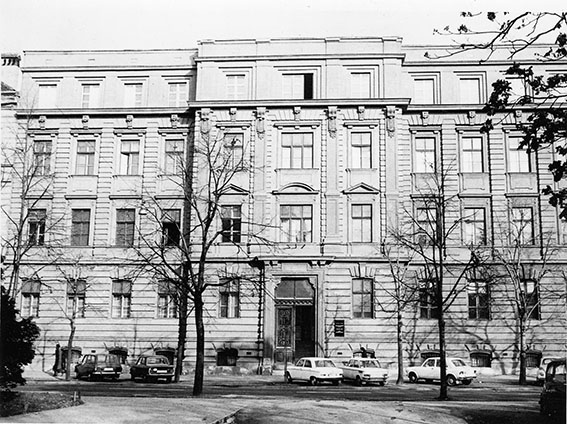 Zoological Collection exits today as a teaching collection and is packed full of skeletons, mounted animals and specimens preserved in fluid. It also contains models made of plaster, plastics, wax and glass. Besides the specimens in toto, the collection contains items showing individual parts of bodies or skeletons, organic systems and life cycles of some species. 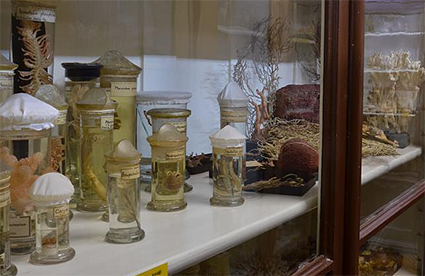 The Collection houses specimens of Croatian fauna, but also specimens originating from Europe, other continents, as well as from the Atlantic, Pacific and Indian Oceans. Some vertebrates, mainly birds and mammals, originate from the animals that have died in the Zagreb ZOO; others have been donated to the Department, some of them bought. The majority of specimens were preserved and storage by the Departments’ technicians and conservators, a few by taxidermists of the Croatian Natural History Museum. The Collection has been continually supplemented with new items.

The inventory and systematic lists of all the items are available in written and electronic files. Photo documentation of the Collection contains photographs of all specimens, marked with the inventory numbers and the scientific names of the species. The names of some species have been changed in the meantime, however, the original labels are kept on the items, and the valid names have been included on the inventory lists. In 2014 the City Institute for the Conservation of Cultural and Natural Heritage preventively protected the Collection, and the procedure of its registration is in progress.

In the 17th century, researchers and museums have been able to preserve whole specimens by submersing and storing them in fluid chemicals. Initially, the 4 % formalin or 75 % alcohol solutions were used for the purpose. The whole animal (or its part) was put into container, typically glass jar or a bottle and sealed with a closure. Types of closures may vary within a collection and often include lids with gaskets. In order to prevent the evaporation of the fluid, the part around the stopper would be coated with liquid wax, and a swine bladder membrane would be pulled over it.

Nowadays, the 75 % alcohol solution is used for the conservation, the stopper is coated with silicone and plastic foil is used to prevent the evaporation.

Zoological Collection at the Department of Zoology currently contains 2182 specimens. Among them 69 items originate from the period between 1882 and 1900, 324 date from the period between 1901 and 1950, and 40 pieces from 1951 until today. Many of the species are now rare, endangered or extinct. Some of the most interesting and the oldest items are: the task (upper left canine) of a warthog Phacocoerus aethiopicus (Pallas, 1766) and the two teeth of a shark (Carcharodon sp.). The shark teeth were excavated in 1866 during the building of the Suez Canal. They were donated to the Department in 1933 by Mr Leonardo Novaković who had got them from the personal servant of the Ferdinand de Lesseps constructor of the Suez Canal. Another significant specimen is the sand collected at the bottom of the sea sampled during the Challenger expedition (from 1872 to 1876) - six little boxes contain representatives of Foraminifera and Radiolaria groups.

The Collection is of great educational importance because the specimens are used in zoology teaching, exercises and lectures in courses: General Zoology, Invertebrates, Vertebrates, and Zoology etc. Once a year, during the event „ Biology Night “, organised by the Biology Department of the Faculty of Science, the Collection is open to the public.