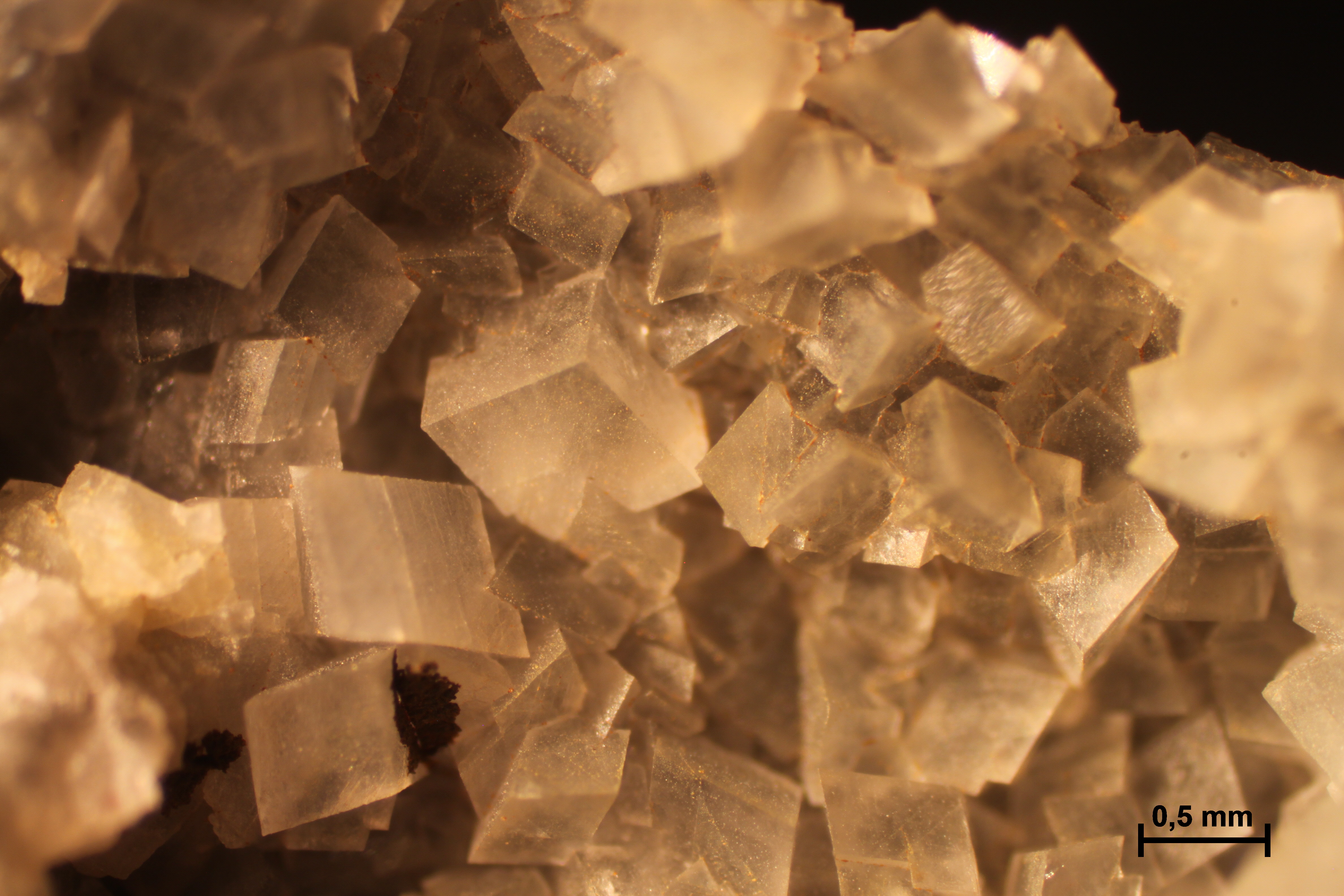 The history and development of geology at the Department of Geology

Following the withdrawal of Gjuro Pilar (the first natural-science rector of the University of Zagreb in the academic year 1884/1885) due to illness, in 1893, the unified Subdepartment of Mineralogy and Geology was divided into the Subdepartment of Mineralogy and Petrography, taken over by Mijo Kišpatić, and the Subdepartment of Geology and Palaeontology, taken over by Dragutin Gorjanović-Kramberger, while both became directors of their respective museums. These were the beginnings of the two divisions currently within the Department of Geology, Faculty of Science (PMF) in Zagreb. In the meantime, the Technical College was established in Zagreb in 1919, and from 1926 until 1956 it operated under the name Technical Faculty; from 1956 to 1961 as the Faculty of Chemistry, Food Technology and Mining; from 1961 to 1964 as the Technical; and since 1964 as the Faculty of Mining, Geology and Petroleum Engineering (RGNF). As the heads and originators of the first generation of scientists and teachers at the Department of Mining of the Technical Faculty were educated at the Faculty of Philosophy, and as a considerable number of teachers educated at the Faculty of Science later worked at the RGNF, this part of the history of the geological profession in Croatia is also worthy of mention.

The Subdepartment of Mineralogy and Petrography was taken over in 1893 by Mijo Kišpatić, who was at the same time a professor at the faculty and director of the Museum, while these institutions then became two separate institutions headed by the same person. Kišpatić laid the foundations for the chemical classification of rocks and was one of the best microscopists of his time. Mijo Kišpatić was succeeded as head of the Division in 1918 by his student Fran Tućan, who remained there until World War II, when he was retired. After the war, he was returned to the post of head, where he remained until his death in 1954. Tućan, among other things, posited an accepted theory of the formation of red soil and bauxite as an insoluble residue of carbonate rocks. During WWII, the position of the head of the Division was entrusted to Ljudevit Barić, a famously apt lecturer and expert in the field of mineral optics. In 1954, the excellent petrologist Miroslav Tajder took up the position of head and remained there for twenty years. In 1974, the head of the Division became Stjepan Sćavničar, who, like his predecessor, remained at the position for a full twenty years. Stjepan Šćavničar is especially deserving for the procurement of instruments and equipment necessary for modern mineralogical research, such as the X-ray laboratory. He made his most important scientific contributions in determining the structures of minerals and certain synthetic substances. During the long years of his work, the number of teaching staff at the Division increased significantly, which resulted in the expansion of scientific interests. Disciplines such as mineralogy, sedimentology, petrology, and geochemistry saw a sudden leap in their development. Following the retirement of Stjepan Šćavničar, Jožica Zupanič, a great sedimentologist and pedagogue, became the head in 1994. During her management, the Division moved to a newly built building at 95 Horvatovac, its home to this day. She remained at the position for two years, and the duty of head of the Division was later performed by: Esad Prohić (1996-1997; 1999-2001), Vladimir Bermanec (1997-1999), Darko Tibljaš (2001-2005; 2009-2013), Dražen Balen (2005-2009), Nenad Tomašić (2013-2017), Marijan Kovačić (2017-2021), and since 2021 Nenad Tomašić.

From 1893 to 1924, Dragutin Gorjanović-Kramberger, a versatile geologist and palaeontologist, especially known for his research on fossil fish, reptiles, and the discovery of the Krapina Neanderthal, took over the Subdepartment of Geology and Palaeontology at the Faculty of Philosophy and management of the Museum. From 1924 to 1928, both at the Department and the Museum, he was succeeded by the geologist Ferdo Koch, before that the first director of the Division of Geology of Croatia (1923). From 1928, Marijan Salopek serves as head, who together with managing the Museum performed this duty until 1941. Salopek is considered to be the founder of the Division of Geology and Paleontology at the Faculty of Philosophy due to his initiative to delimit the costs and inventory of the Museum and Department. From 1941 to 1945, the head was Fran Šuklje, who taught geology and palaeontology and whose post was in 1945 taken back by Marijan Salopek, as the first head of the Division of Geology and Palaeontology within the Faculty of Science. Marijan Salopek performed this duty until 1955, during which time (1951) the Division moved to the Street of the Socialist Revolution (today 8/II King Zvonimir Street). From 1955, the position is taken up by the world-renowned palaeontologist and micropalaeontologist, especially in the study of fossil foraminifers and algae of the Upper Palaeozoic, and editor of the most important geological and paleontological journals, Vanda Kochansky-Devidé. From 1959 to 1974, the head of the Division was the world-renowned karst geologist, hydrogeologist, and palaeontologist, founder of the mobilist concept of the Dinarides, Milan Herak, while from 1974 to 1982, by geologist Ante Polšak, world-renowned expert on rudists (extinct bivalves). In the following years the heads were: Stjepan Bahun (1982-1985, 1990-1991, 2000-2001), Josip Benić (1985-1989), Ante Polšak (1989-1990), Vladimir Jelaska (1991-1994), Ivan Gušić (1994-1998), Mladen Juračić (1998-2000), and Zlatan Bajraktarević (2001-2005), during whose time, in the autumn of 2005, the Division of Geology and Palaeontology moved to new buildings at 102a Horvatovac (basement and ground floor), where it temporarily received a space of approximately 1000 m2 at the joint building of Chemistry and Biology. The heads of the Division were: Ivan Gušić (2006-2007), Jasenka Sremac (2007-2009), acting head Zlatan Bajraktarević (2009-2010), Vlasta Ćosović (2010), Mladen Juračić (2010-2015), Alan Moro (2015-2017), Aleksandar Mezga (2017-2021), and, from 2021 Damir Bucković .

It is clear that since the founding of the PMF in 1946, geological research has been conducted within two basic areas – geology and palaeontology and mineralogy and petrology. Many generations of researchers and teachers have matured in our Department and on the foundations laid down by the excellent researchers and professors who preceded them, many of whom have not been mentioned in this brief historical review. The work of scientists at the Department of Geology has led to many studies on a large number of occurrences of magmatic, metamorphic, and sedimentary rocks at home and abroad, with particularly important crystallochemical investigations of minerals. Many fossil species have been discovered and described, many terrains in the Republic of Croatia stratigraphically explored and described, and structural interpretations of the External and Internal Dinaric Areas offered. Today, the exploration of the area of the former Adriatic Carbonate Platform, the Pannonian area, and recent geological processes in terrestrial and marine environments, particularly the Adriatic, still continues.

The staff of the Department of Geology have participated and participate still in various projects and programmes, both in Croatia and abroad, contributing to the further development of geology as a science. Through monitoring changes and developments in global geology, new knowledge is gradually incorporated into the study programmes at the Faculty. Today, at the Department of Geology, research continues relying on modern analytical methods, while in recent decades, geochemical research has been significantly expanded. In addition to supporting traditional studies, they are also used today in environmental research as well as in addressing contemporary pollution and environmental protection issues.

The Department of Geology today

The Department of Geology employs (2019/2020) 23 teachers, four assistants (doctoral and postdoctoral fellows), and 13 other staff (technicians, librarian, head of student administration). There are 206 undergraduate and graduate students and 62 postgraduate students in geology and oceanology. That is precisely why we hope that in the near future, the planned building of Geology at Zagreb's Horvatovac will finally be constructed and our full potential fulfilled.