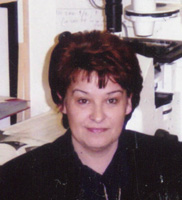 Scientific and research activities includes biocenological-ecological research, trophic relationships and saprobic features of freshwater algae in the phytoplankton and periphyton communities of lotic and lenitic biotopes with special reference to: a) the role of algae in the process of tufa formations/calcite incrustations, and b) assessment of the ecological status of the inland water bodies according to EU WFD. With many professional activities up today as author or a co-author published: 70 scientific articles, chapters in 8 professional books, 9 expert papers and 122 scientific and professional contributions in environmental studies and expertise. Delivered 45 invited talks and lectures (28 were international) and with 84 scientific communications participated at international and national conferences.

Project leader/manager: Up today leads 27 projects (among which 19 are international) and actively participated in 56 as researcher.

Teaching and expert activities includes more than 30 years of work with students in numerous courses (Protists, Algae and Mycota, Freshwater Plankton, Applied Algology, Microbiology of Ecosystems, Role of Algae in the Freshwater Ecosystems) and extracurricular activities (Field Teaching from Biodiversity of Protists & Invertebrates, Laboratory Practice), academic training in the ecology of freshwater algae, with students at undergraduate, graduate postgraduate level study programme with high ratings of student surveys. Mentor of 22 Diploma thesis, 4 Master thesis and 11 Dissertations at University of Zagreb.

Other professional activities: a numbers of administrative organizational activities at the level of: (i) Department of Biology, Faculty of Science (Head Department of Biology, 2004/06, deputy Head Department of Biology, 2000/02, Student Leader, 1996-2003, Head of committees for capital equipment, 2000, 2006/06/03, 2005/06; (ii) Faculty of Science (Vice Dean for Investment and Development (2006 -2012), and (iii) University of Zagreb (a member of the University Working Group for the Development of the Physical and Functional Development Strategy of the UNIZG until 2025, a member of the University Commission for Physical and Investment Planning, 2006/12, member of the Council of Natural Sciences of the University of Zagreb, 2005/09, a member of the University Working Group for the Establishment of the Northern Campus, 2006/14). Her active participation in the popularization of science is manifested through a series of activities she has been doing up to date: (1) secretary of the State Commission on Biology "Science Youth" (1979 - 2005), (2) president of the State Commission of Biology Competition (2011, 2013, 2014), (3) vice-president of the National Committee of the Croatian Commission for the UNESCO MAB Program (2002-2007), (4) Senior Researcher of Croatian Youth Researchers at European Competitions (1993-2001), etc. For Achievements in the popularization of science was awarded the golden plaque on the occasion of the 35th anniversary of the Croatian Ecological Society in 2004.

OTHER SKILLS AND COMPETENCIES: capacity and ease of expression and writing skills, pedagogical quality in working with students, creativity, confidence, high self-motivation and work on continuous improvement, adaptability to a multicultural environment, team work (teaching and research), communicability, adaptability to multicultural environment, team work (scientific and teaching). Skillful in communicating with people, sensible for a work with socially vulnerable groups as well as rapid adaptability to new situations.