Division of Geology and Paleontology

The history and development of the Department of Geology, Division of Geology and Paleontology

Following the withdrawal of Gjuro Pilar (the first natural-science rector of the University of Zagreb in the academic year 1884/1885) due to illness, in 1893, the unified Subdepartment of Mineralogy and Geology was divided into the Subdepartment of Mineralogy and Petrography, taken over by Mijo Kišpatić, and the Subdepartment of Geology and Palaeontology, taken over by Dragutin Gorjanović-Kramberger, while both became directors of their respective museums. These were the beginnings of the two divisions currently within the Department of Geology, Faculty of Science (PMF) in Zagreb. 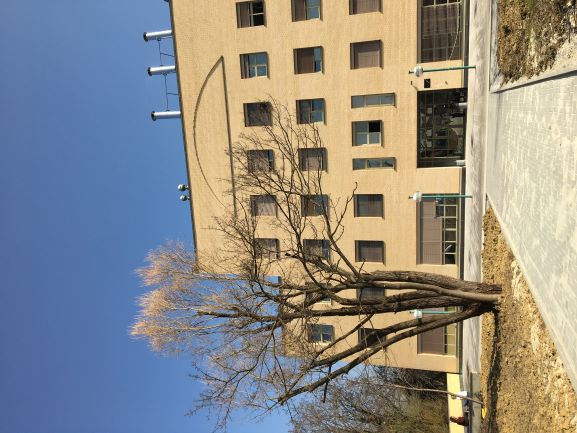 From 1893 to 1924, Dragutin Gorjanović-Kramberger, a versatile geologist and palaeontologist, especially known for his research on fossil fish, reptiles, and the discovery of the Krapina Neanderthal, took over the Subdepartment of Geology and Palaeontology at the Faculty of Philosophy and management of the Museum. From 1924 to 1928, both at the Department and the Museum, he was succeeded by the geologist Ferdo Koch, before that the first director of the Division of Geology of Croatia (1923). From 1928, Marijan Salopek serves as head, who together with managing the Museum performed this duty until 1941. Salopek is considered to be the founder of the Division of Geology and Paleontology at the Faculty of Philosophy due to his initiative to delimit the costs and inventory of the Museum and Department. From 1941 to 1945, the head was Fran Šuklje, who taught geology and palaeontology and whose post was in 1945 taken back by Marijan Salopek, as the first head of the Division of Geology and Palaeontology within the Faculty of Science. Marijan Salopek performed this duty until 1955, during which time (1951) the Division moved to the Street of the Socialist Revolution (today 8/II King Zvonimir Street). From 1955, the position is taken up by the world-renowned palaeontologist and micropalaeontologist, especially in the study of fossil foraminifers and algae of the Upper Palaeozoic, and editor of the most important geological and paleontological journals, Vanda Kochansky-Devidé. From 1959 to 1974, the head of the Division was the world-renowned karst geologist, hydrogeologist, and palaeontologist, founder of the mobilist concept of the Dinarides, Milan Herak, while from 1974 to 1982, by geologist Ante Polšak, world-renowned expert on rudists (extinct bivalves). In the following years the heads were: Stjepan Bahun (1982-1985, 1990-1991, 2000-2001), Josip Benić (1985-1989), Ante Polšak (1989-1990), Vladimir Jelaska (1991-1994), Ivan Gušić (1994-1998), Mladen Juračić (1998-2000), and Zlatan Bajraktarević (2001-2005), during whose time, in the autumn of 2005, the Division of Geology and Palaeontology moved to new buildings at 102a Horvatovac (basement and ground floor), where it temporarily received a space of approximately 1000 m2 at the joint building of Chemistry and Biology. The heads of the Division were: Ivan Gušić (2006-2007), Jasenka Sremac (2007-2009), acting head Zlatan Bajraktarević (2009-2010), Vlasta Ćosović (2010), Mladen Juračić (2010-2015), Alan Moro (2015-2017), and, from 2017 Aleksandar Mezga.

Today (in 2020/21), the Division of Geology and Paleontology employs 12 teachers, two assistants (doctoral and postdoctoral) and six support staff (head of administration, professional and technical associates and cleaner).