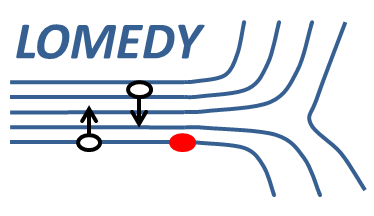 Strongly correlated electron systems (SCES) are at the frontier of research in condensed matter, not only because of high potential for technological applications (like hard disks or MRI magnets), but also as a virtually unfailing source of new physical phenomena and theoretical concepts. The properties of such systems originate from strong, and often competing, interactions which can result in ordered collective phenomena or in frustrated phases. The competition of diverse strong interactions generally results in extraordinary complex phase diagrams exhibited by SCES, but can also induce hitherto less explored regions of instabilities away from stable phases.
The way a new phase emerges close to a phase boundary reveals hidden properties of the studied system. It is extremely important to understand how symmetry breaks at the transition and identify the space and time-scales relevant for changes of the order parameter from one stable phase to another. Sometimes, an intermediate state can emerge at the transition, bringing new physics to light. This project aims to study these new, unexplored states, that emerge between well-known phases in SCES or as a consequence of competing interactions. In particular, we will study charge order in novel superconductors, and spin liquid and spin nematic states in frustrated quantum spin systems.
In order to obtain a complete picture of new states of matter we will combine several advanced experimental methods: nuclear magnetic and quadrupolar resonance (NMR and NQR) as an atomic-scale, local probe, and nonlinear conductivity as a mesoscopic probe of electronic physics. We’ll be able to systematically study the many phases and transitions in SCES, provide answers to some currently burning questions, and significantly advance our knowledge about them.
The project will fully employ the new broadband NMR laboratory in Zagreb, strengthen its visibility and international collaborations, and enable finishing of three PhD theses.

This project is funded by the Croatian Science Fundation.