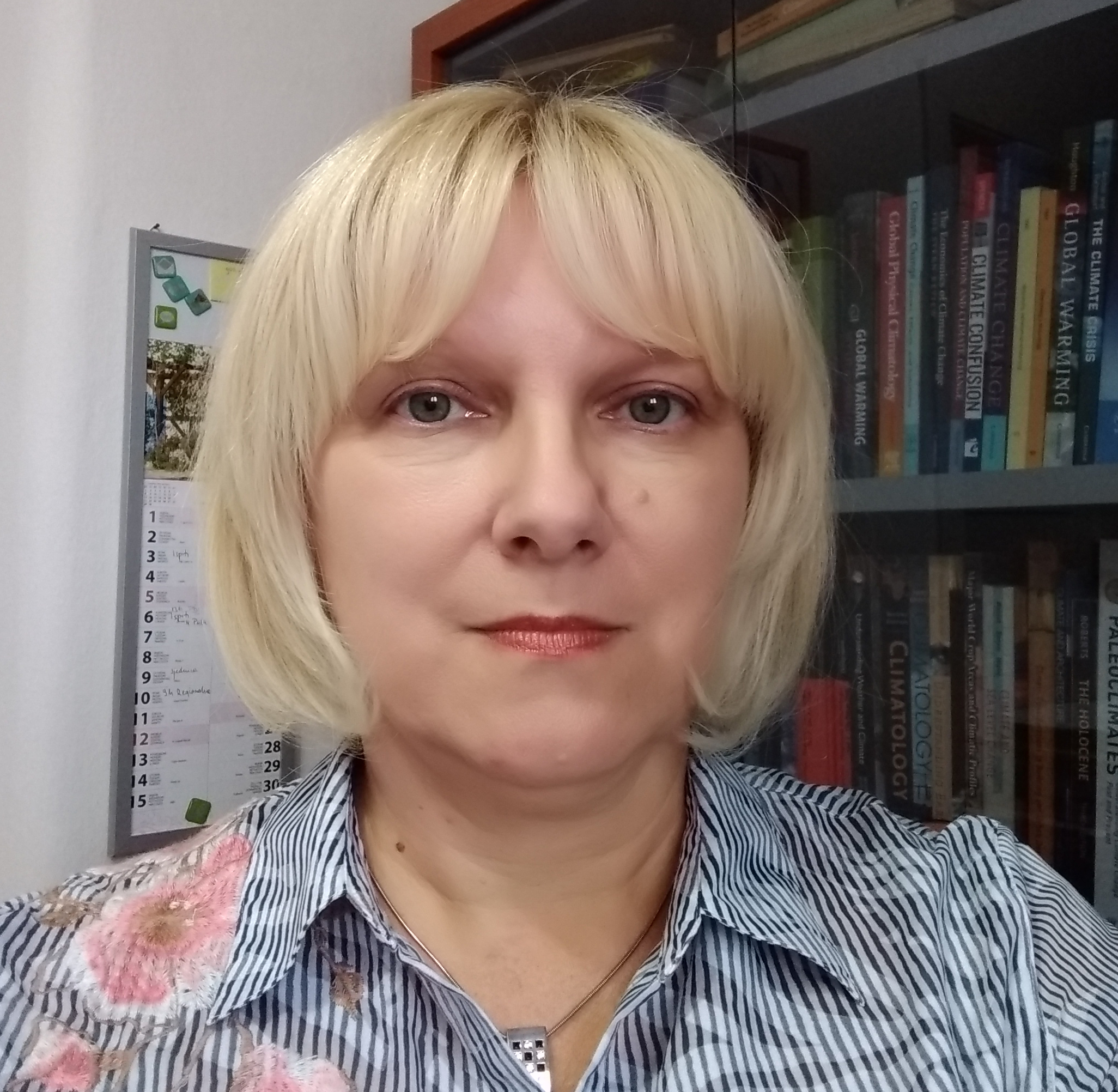 Anita Filipčić was born in Zagreb . She enrolled in the study of geography at the Faculty of Science, University of Zagreb in 1986. She received a scholarship of the City of Zagreb as the best student at the university. She graduated in 1990 with the thesis “Bora wind on the eastern coast of the Adriatic”. After a year as a geography professor at the Language Education Centre secondary school, she joined the Department of Geography of the Faculty of Science on 1 November 1991.

She completed the postgraduate study programme “Geographic basis for spatial planning” and received her Master’s degree in 1993 with the thesis “Air temperature anomalies in Croatia: a contribution to the climate regionalisation of Croatia”, and in May 1999 defended her Doctoral dissertation entitled “Delimitation of the Köppen climate types Cf and Cs in Croatia: a contribution to the geographic regionalisation of Croatia".
In February 2000 she was named an assistant professor, in April 2005 an associate professor with reappointments in July 2011 and September 2016. In January 2020 she was appointed a full professor.

She led the project for young scientists “Climate regionalisation of Croatia” (1998 – 2000), and the Ministry of Science and Education project “Effect of climate change on the social geography elements in Croatia” (2008 – 2010). She also cooperated on the Ministry of Science and Education projects “Urbanisation of Croatia” (1991 – 1999), “Regional and geographic research of Croatia” (2000 – 2006), and “Changes in the environment and cultural landscape as a development resource” (2007 – 2013).

She served as secretary of the Croatian Geographic Society in 2000 – 2001, and in 2002 was Chairperson of the State Committee for school geography competitions. From 2006 – 2009, she was President of the Croatian Geographic Society. During her mandate, she initiated the start of the Summer seminars for geography teachers. She was Assistant head of the Department of Geography for finance for several mandates, and Head of the Division of Physical Geography for two mandates (2006 – 2008, 2019 – present).

With the introduction of the Bologna system, she implemented new courses in the study programme of the Department of Geography: Regional climatology, Climate change, Applied climatology, Climate and tourism, and Climate of Croatia. Two of these courses were introduced in cooperation with faculty colleagues. She is co-leader of the course Research methodology II in the Doctoral study of Geography: Space, Region, Environment, Landscape.

Her scientific, professional and teaching interests are focused on the climate of Croatia and the regional geography of Australia and Oceania. She is author of the handbook Klimatologija u nastavi geografije [Climatology in Geography Teaching], and she has co-authored two university textbooks: Klimatologija za geografe [Climatology for Geographers] (1996) and Geografija Australije i Oceanije [The Geography of Australia and Oceania] (2004).