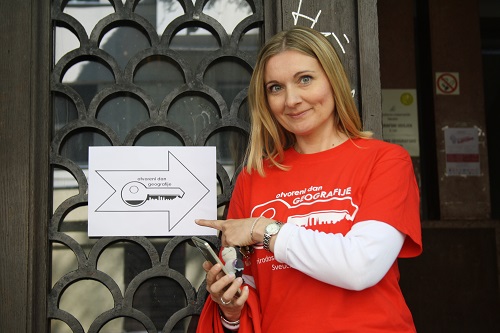 Dubravka Spevec was born in Zagreb on 22 June 1976. After completing VII Gymnasium secondary school in Zagreb, she enrolled in the study of geography (teacher specialisation) at the Faculty of Science, University of Zagreb and graduated in 2011. In 2003, she enrolled in the postgraduate study programme Geographic basis of physical planning. She has been employed at the Department of Geography, Faculty of Science since 2004 in the Division of Social Geography. In 2011, she received her Doctorate with the dissertation Spatial differentiation of demographic resources and potential in northwestern Croatia, under the mentorship of Professors Ivo Nejašmić and Aleksandar Toskić. In 2012, she was appointed an assistant professor.

She has participated in multiple domestic and international scientific and expert projects, mostly focusing on social geography issues. Her primary scientific interest is associated with the issues of population and urban geography. She has published many scientific and expert papers, and submitted abstracts at more than 30 scientific conferences (18 international and 3 domestic). In the 2011/12 academic year, she received recognition from the Faculty Council of the Faculty of Science, University of Zagreb for her achievements in scientific and expert work. In the period from 2005 – 2009, she attended several scientific and professional development sessions in the fields of GIS, geoinformation science and cartography at the University of Potsdam in Germany (Universität Potsdam, Matematisch-Naturwissenschaftliche Fakultät, Institut für Geographie, Abteilung Geoinformatik).

She has served as a member of the organising and scientific committees of numerous domestic and international scientific conferences, and in 2011, she was chairperson of the organising committee of the 5th Croatian Geographic Congress. Since 2008, she has been a member of the editorial board of the scientific journal Zbornik radova Departmana za geografiju, turizam i hotelijerstvo Prirodno-matematičkog fakulteta Sveučilišta u Novom Sadu [Anthology of works in the Department of Geography, Tourism and Hotels, Faculty of Science, University of Novi Sad] in Serbia.

At the Department of Geography, Faculty of Science, she teaches the courses: Cartography (lead professor), Visualisation of spatial data in GIS (lead professor), Croatian population (lead professor), Use of computers in geography teaching (co-teaches), Cartography 1 and 2 (associate – Exercises in Cartography 1 and 2). She leads the field course and co-teaches two methodology courses in the Doctoral study of Geography: Space, Region, Environment, Landscape (modules: Study of population, and Urban and rural studies). She was mentor or co-mentor on 31 diploma and four baccalaureate final papers. She mentored two student papers that received the Rector’s award of the University of Zagreb. She is currently co-mentoring two doctoral candidates at the Department of Geography.