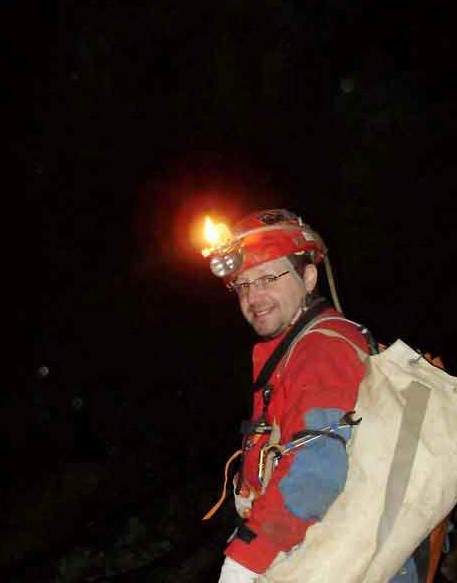 Born in Zagreb in 1972, today resides in Karlovac. He graduated from the study of geology and geography at the Faculty of Science, University of Zagreb in 1999. In 2002, he became a junior researcher at the Department of Geography, Faculty of Science, University of Zagreb. He received his Doctorate in 2009, and was named an assistant professor in 2011. His primary scientific interests are focused on geomorphology, particularly the geomorphology of karst, speleology, glacial geomorphology and geomorphological cartography. His research is focused on the conditions and processes of morphogenesis of surface and underground karst forms. He has participated in numerous speleological surveys and expeditions in Croatia and also in Spain, Mexico, Bosnia and Herzegovina, Romania, Lebanon and Iran. He has participated in numerous scientific projects, the most important of which are: Geomorphological cartography of the Republic of Croatia, Geomorphological and geoecological survey of karst in the Republic of Croatia, Research on karst denudation and the protection of karst landscapes, Research of regional environmental changes at karst localities, with special emphasis on recent processes, and many others.

At the Department of Geography, Faculty of Science, he teaches the courses Karst geomorphology and hydrography, Applied geomorphology, Speleology and Field course in physical geography.